Economy seen growing up to 4.5% next year

The economy is expected to grow between 3.5% to 4.5% next year thanks to increased exports and a recovery in the country's vital tourism sector from the pandemic-driven slump, the finance minister said on Saturday. 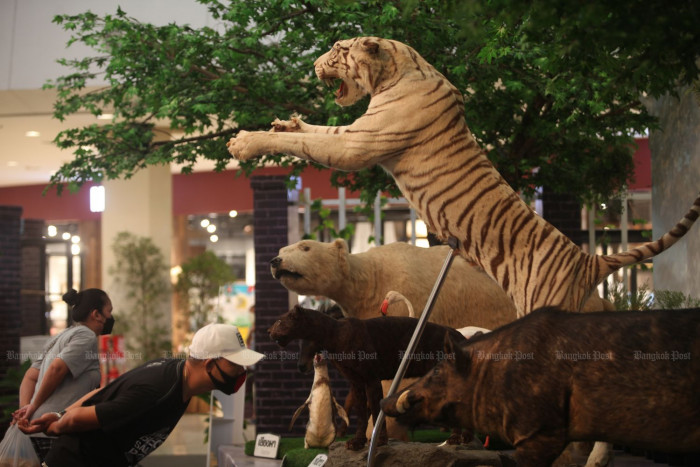 Economy seen growing up to 4.5% next year

Growth projected at 1.0% to 1.2% this year, says finance minister

Stuffed animals are shown at Seacon Bangkae shopping centre in Bangkok on Saturday to attract shoppers after most Covid-19 restrictions were lifted. The exhibition runs until Sunday. (Photo by Apichart Jinakul)

The economy is expected to grow between 3.5% to 4.5% next year thanks to increased exports and a recovery in the country's vital tourism sector from the pandemic-driven slump, the finance minister said on Saturday.

Thailand earlier this month reopened to vaccinated foreign visitors without quarantine requirements in a bid to reboot an industry which typically accounts for about 12% of gross domestic product (GDP).

This year's growth is expected at 1% to 1.2% and monetary policy must support fiscal policy in helping the economic recovery which remains very fragile, Finance Minister Arkhom Termpittayapaisith told a business seminar. The economy contracted 6.1% last year.

"During the crisis, fiscal policy has to play a key role and monetary policy must help it to be able to spend... Today, both policies are still going together," he said.

The government's main spending is on medical and economic relief and stimulus measures, Mr Arkhom said, adding the fiscal position was strong, with the public debt-to-GDP ratio expected at 62% at the end the fiscal year to September.

The central bank has left its key interest rate a record low of 0.50% since May 2020 to help the economy.

Despite high oil prices, inflation was only about 1% in the first 10 months of the year, held down by state subsidies. In 2022, inflation is expected to be 0.7% to 1.2%, Commerce Minister Jurin Lasanawisit told the seminar.

World Cup Qualifier: West Indies 'not taking' any team for granted as tournament...

LPG imports on hold in H2 as consumption stalls