Two mobile operators have been ordered to meet the National Broadcasting and Telecommunications Commission (NBTC) next week for explanations following a move by their parent companies to pursue a merger. 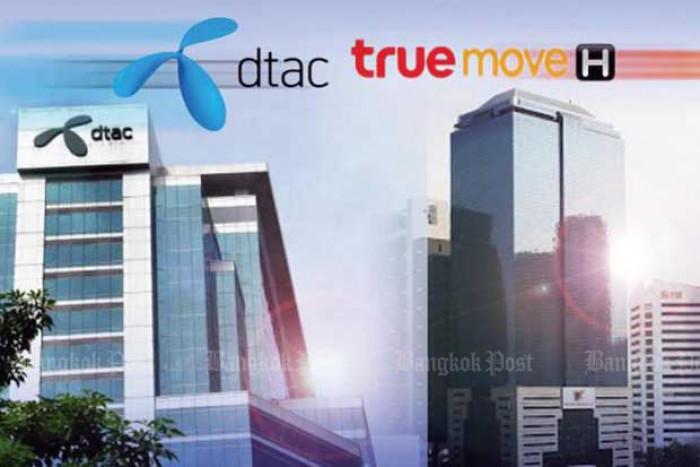 The parent firms of DTAC and True are in talks over a possible merger.

Two mobile operators have been ordered to meet the National Broadcasting and Telecommunications Commission (NBTC) next week for explanations following a move by their parent companies to pursue a merger.

The NBTC said on Sunday Total Access Communication Plc (DTAC) and True Corporation Plc will meet the telecom regulating agency to discuss the prospects of their businesses if the negiotiation succeeds.

DTAC representatives planned to meet the NBTC on Monday and True officials could follow suit on Tuesday, it added.

A key issue in the meeting would be the changing landscape of the telecom industry and potential market domination following the merger, according to the NBTC.

Telenor is in talks with Charoen Pokphand Group , the parent of True, over combining the businesses of the second and third largest mobile operators in the country. The Norwegian firm controls a 65% stake both directly and indirectly in DTAC shares.

A deal, if approved by regulators, would give the combined entity a market share in Thailand of around 54%, surpassing AIS. True has a total mobile subscriber base of 32 million while DTAC has 19.3 million.

A source told the Bangkok Post on Friday True and DTAC are likely to form a joint venture under a share swap model between the two.

Planting the seeds of profit growth

A touch of Class

Coping with Visa and work permit issues during COVID chaos