NAKHON RATCHASIMA: More water is being released from four major dams in Nakhon Ratchasima province ahead of a forecast storm, with the reservoirs already full. 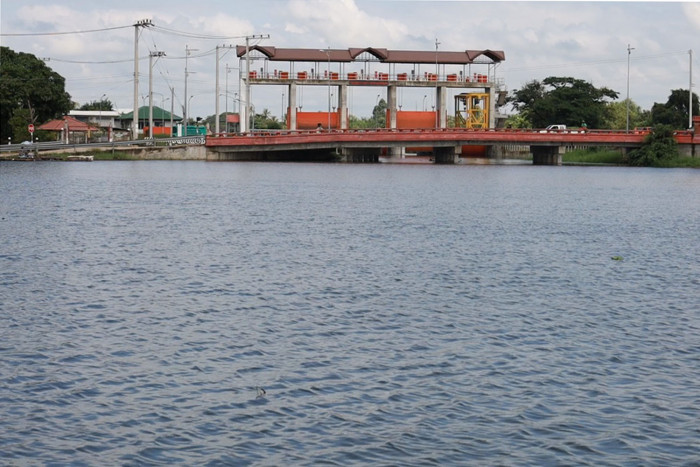 With reservoirs already full, water is being discharged from the four major dams in Nakhon Ratchasima province ahead of another storm forecast for later this week. (Photo: Prasit Tangprasert)

NAKHON RATCHASIMA: More water is being released from four major dams in Nakhon Ratchasima province ahead of a forecast storm, with the reservoirs already full.

Nakhon Ratchasima governor Vichien Chantaranothai said on Tuesday a major storm  expected at the end of this week would send a huge volume of runoff into the dam reservoirs. Water was being discharged to make room for it.

The recent flooding was receding, with life in many inundated districts returning to normal. Some flooding remained in areas of Muang district and work crews were draining it off into natural waterways .

The flooding in Phimai was stable with only riverside and low-lying areas still heavily inundated.

The Lam Takhong reservoir had been discharging 800,000-900,000 cubic metres of water  a day since Monday. The water was expected to arrive at Lalom Mor drainage gate in tambon Khok Khruad of Muang district on Wednesday evening, before passing through Non Sung and Chalerm Phrakiart districts.

Water was expected to reach downtown Phimai next week, the governor said.

Water was being discharged from four large dams and also middle-sized dams, as their reservoirs were full.

He predicted fresh flooding in previously flood-hit areas along the Lam Takhong and Lam Chiang Krai rivers. Phimai district would also see more flooding but it would not be as severe as last time.

As of Tuesday, Lam Takhong dam in Si Khiu district was holding 332 million cubic metres of water, or 105.54%  of its design capacity of 314 million cu/m. About 800,000 cu/m of water was being discharged from the dam each day.

Lam Mun Bon dam in Khon Buri district was holding 145 million cu/m, or 103% of its design capacity of 141 million cu/m. About 1.41 million cu/m of water was being discharged each day. 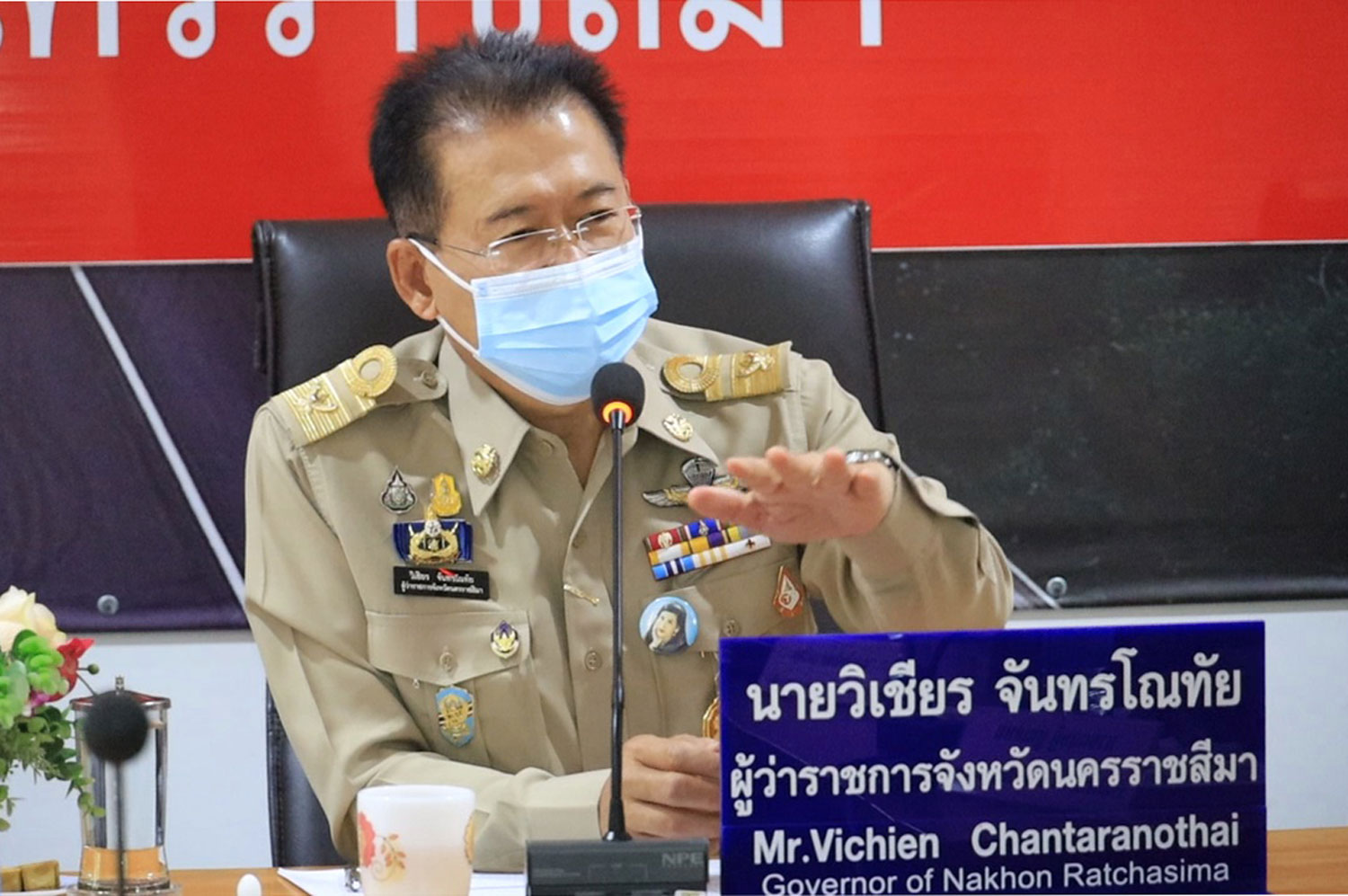 Nakhon Ratchasima Vichien Chantaranothai at a meeting to discuss the water situation in the province on Tuesday. (Prasit Tangprasert)